BALTIMORE – Championship racing returns to historic Pimlico Race Course onThursday for the opening of its 37-day spring meet, highlighted by the 140th renewal of the $1.5 million Preakness Stakes (G1) May 16.

The middle jewel of the Triple Crown, the 1 3/16-mile Preakness, will anchor an eight-stakes card that includes the Longines Dixie (G2), Gallorette Handicap (G3) and Maryland Sprint Handicap (G3).

In all, 21 stakes races worth $4,325,000 will be offered during the marquee meet of the Maryland racing season, which concludes on Saturday, June 6.

Fans attending ‘Old Hilltop’ beginning Thursday will see a number of improvements and new wagering opportunities. Those include:

§  A 10-cent Rainbow 6 that has produced life-changing payoffs.

§  The broadcast of its spring meet in high-definition television

§  A renovated and updated Sports Palace 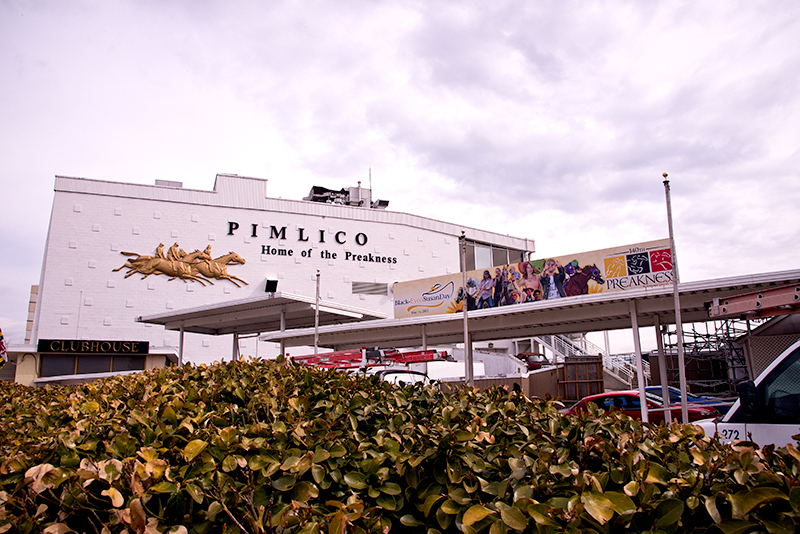 Meanwhile, along with the 140th running of the Preakness Stakes, Preakness week will feature a number of special events as well as some of the world’s biggest music acts at InfieldFest at the Preakness.

“We’re very, very excited about this meet at Pimlico,” said Maryland Jockey Club General Manager Sal Sinatra. “After getting input from our fans and horsemen, we’ve made a number of improvements to our facility, our broadcast, and our wagering menu. We believe the industry-low takeout on the Pick 5 and the debut of the 10-cent Rainbow 6 will engage our regular bettors but also attract new customers to our product.

“As always, our events throughout the meet, particularly Preakness week, are incredible. InfieldFest will feature some of the biggest names in entertainment and many of these events will raise awareness for Susan G. Komen Maryland, Thoroughbred Aftercare Alliance, and the Permanently Disabled Jockeys Fund. It’s an exciting time for Thoroughbred racing in Maryland.”

Live racing will be held Thursday through Sunday prior to Preakness weekend, with the exception of Easter Sunday, April 5. Racing runs Thursday to Monday, May 21-25; Friday to Sunday, May 29-31; and Thursday to Saturday, June 4-6.

Fans will receive free admission and a free live program on Thursday. Saturday is Jockey Celebration Day at Pimlico, with a T-shirt giveaway and 3-Buck-Cup Giveaway, good for $3 domestic drafts during the meet.

Saturday is also the first of three Whips International Turf Starter Handicap races during the meet, for colts and geldings and fillies and mares which have run for $5,000 or less in 2014-15, continuing May 2 and June 6. There will be a $5,000 bonus to the trainers of horses that have the most points after the series. Points will be awarded from first to third with every starter getting a point.

Pimlico is also offering a $50,000 bonus to each owner and trainer who runs a horse in the Pimlico Special that has won a previous Triple Crown event. If a horse has won two Triple Crown events, the bonus will be $100,000 to both the trainer and owner.

In addition to a 14-race program, Preakness day includes the 2015 InfieldFest headlined by Grammy nominees Armin van Buuren and Childish Gambino. Additional information can be found on www.preakness.com.

The second-biggest day on the Maryland racing calendar behind Preakness day in terms of purses, attendance and handle, Black-Eyed Susan day features 13 races and events to benefit both Susan G. Komen Maryland and the Thoroughbred Aftercare Alliance. Additional information can be found onwww.blackeyedsusanday.com.

New to Pimlico this year are a Pick 5 wager with an industry-low 12 percent takeout, as well as a 10-cent Rainbow 6 on the last six races of each race day. The popular multi-race wager has produced life-changing payoffs at Gulfstream Park, including $3.59 million in 2013 and a pick six-record $6.6 million last May.

The Rainbow 6 will be offered on the last six races of each day at Pimlico. The Rainbow 6 carryover jackpot is paid out only when there is a single ticket sold with all six winners. On days when there is no unique ticket, 60 percent of that day’s pool goes back to those bettors holding tickets with the most winners, while 40 percent is carried over to the jackpot pool. The bet has produced payoffs as high as $6.6 million.

Pimlico Race Course is a Stronach Group company, North America’s leading Thoroughbred racetrack owner/operator. The Stronach Group racetracks include Santa Anita Park, Gulfstream Park & Casino, Golden Gate Fields, Portland Meadows, Laurel Park and Pimlico Race Course, home of the world-famous Preakness. The company owns and operates the Palm Meadows Training Center in Florida and is one of North America’s top race horse breeders through its award-winning Adena Springs operation. The Stronach Group is one of the world’s largest suppliers of pari-mutuel wagering systems, technologies and services. Its companies include AmTote, a global leader in wagering technology; Xpressbet, an Internet and telephone account wagering service; and Monarch Content Management, which acts as a simulcast purchase and sales agent of horseracing content for numerous North American racetracks and wagering outlets. The Stronach Group is also a major producer of televised horse racing programming through its HRTV cable and satellite network and is North America’s premier supplier of virtual online horse racing games, as well as a leading producer of social media content for the horseracing industry. For more information contact David Joseph at david.joseph@marylandracing.com or call 954.457.6451.