An all-female team from Great Britain eventually beat an all-male trio from Australia after a tight competition at Strzegom (POL), fourth leg of the FEI Nations Cup™ Eventing 2015.
The three-man Australian team led after Dressage, with Andrew Hoy taking the individual lead on Cheeky Calimbo, but the Brits, who were third at that stage, were collectively faster across country to take a tiny two-penalty lead going into the final Jumping phase.
Kevin McNab (Casperelli), the first of the Australian team to jump, eased the pressure with four faults; then, with excitement mounting, Britain’s Emily Llewellyn (Greenlawn Sky High) and Sarah Bullimore (Valentino V) both jumped clear.
When Hoy hit the last fence, Izzy Taylor (GBR) had two fences in hand for Britain to win a second FEI Nations Cup™ Eventing leg this season, following victory at Ballindenisk (IRL) in April, and extend their advantage at the top of the leaderboard.
Taylor has been one of the most stalwart members of Britain’s FEI Nations Cup™ Eventing squad since the series began in 2012 and she did not let her team down, producing a perfect clear on KBIS Starburst to finish in second place, the only rider to complete on her Dressage score. 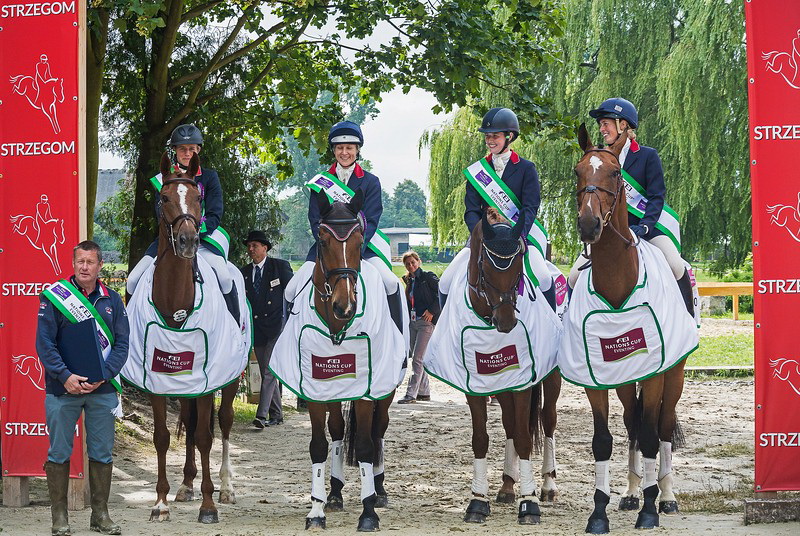