Born in London, Barraud, who was baptized at St. Mary’s Church, Lambeth on May 16th, was the brother of William.  The Barraud family came originally came from Angouleme in France in 1704.  The maternal grandfather of Henry and William was Thomas Hull, a miniature painter, their paternal grandfather Barraud the chronometer maker, and their father an official in the Customs House.  Henry Barruad’s early life was spent in Lambeth and later in Camberwell.  He received art training from the portrait and topographical painter, J.J. Middleton.  He presumably had a very good relationship with his elder brother, William, as they shared a studio, certainly from 1835 until William’s death in 1850 and collaborated on many pictures. 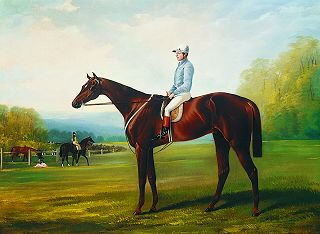 In 1842 Henry Barraud married Anna Maria Rose, the niece of Sir George Rose, the first chairman of the Law Fire Insurance Society and whose portrait he painted for that institution.  It is thought they had nine children (although some sources claim seventeen) and also adopted the orphaned son of his brother.  One of his sons, Frances James (1856-1924), was also an artist and was responsible for the original advertisement for his Master’s Voice.  Another son was Mark Henry (1848-87), a scenic artist.

In about 1858 Barraud and Anna, their children and many other members of the family, became Roman Catholics.  Some of his work falls into the category of the sentimental Victorian genre, with a religious bias, such as ‘We praise thee O God’.  Like so many artists, Henry suffered financial difficulties; it is said that some of his sons were moved from one leading Roman Catholic school to another, their fees left unpaid behind them.

He died as a result of kidney disease at his home in Gloucester Place on June 17th.

Barraud worked on many pictures with his brother William and it has been suggested that William painted the animals, while Henry painted the figures.  This may be so, but this certainly doesn’t mean that Henry was not a very capable painter of animals, a fact which is displayed in the pictures painted after William’s death.  It is interesting to note that in 1851, the year after William’s death, two pictures were offered for sale in Christie’s both said to be by Henry and the property of William and his brothers.  The two pictures in question were Henry’s picture of Queen Victoria and Prince Albert in Windsor Park, which was bought by Mash for £80, and the picture of ‘The Badminton Hunt’ (engraved in 1847) that had been signed by both brothers.  This painting was ‘bought in’ for £120 15s.  As this would appear to be the only time the Barrauds offered any of their work for sale in auction it could imply that Henry and William worked officially as a business partnership and these sales were to settle the estate.  Eight combination pictures are listed by Siltzer as having been engraved, while only two by Henry alone are recorded. 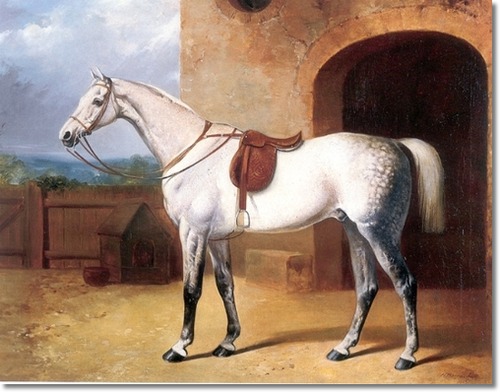 Between them they produced a book entitled Sketches of Figures and Animals, published by H. Graves and Co., c.1850.  With William, and later, on his own, Henry painted a number of large works containing many horses, hounds and figures, all of which are portraits.