Wellington, FL – February 6, 2015 – An underdog rose to the top of the ranks today at The Ridge at Wellington’s second annual Hunter Derby Days. Mindset is the rising superstar of Rose Hill Farm, bought for Lilli Hymowitz to show in the Small Junior Hunter division, but today professional hunter rider Kelley Farmer captured the $15,000 USHJA International Hunter Derby victory with consistent rounds and finesse on the turf derby field. Farmer and Mindset bested a field of top competitors, while David Oliynyk and Generous captured the second place and Brady Mitchell and Answer Me This finished third.

END_OF_DOCUMENT_TOKEN_TO_BE_REPLACED 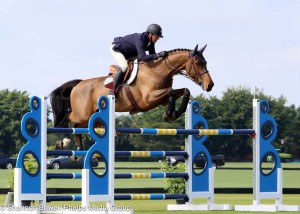 Wellington, FL – January 26, 2015 -The Ridge at Wellington’s Turf Tour is travelling back to the International Polo Club Palm Beach (IPC) for its fourth week of competition. This week’s events will take place on Wednesday, January 28 and Friday, January 30. The wide variety of classes, including Children/Adult, Masters, Junior/Amateur-Owner and Schooling Jumper classes in addition to the Grand Prix on Friday is sure to be popular with riders and horses of all levels of experience.

Even legendary sports oddsmaker Jimmy the Greek couldn’t have predicted this one. Enigma owned the field from the get-go all the way until the fifth chukker, smacking in one goal after another and foiling its opponent at nearly every turn. Patron Jerome Wirth and his posse seemed unstoppable, charging ahead of Villa del Lago and keeping them on the run for the first two-thirds of the game – not an easy thing to do to a team powered by 9-goaler Polito Pieres.

Pieres made the first goal of the day but then seem off his stride for a while. In the first half some of his shots on goal went uncharacteristically wide, and he was repeatedly ridden off the ball by the Enigma machine. Jeff Hall, Matias MacDonough and Carlucho Arellano each scored a goal from the field in quick succession, with the first chukker ending 3-1 for Enigma.

Pieres popped in a couple of penalty shots in the second chukker, as did MacDonough and Arellano. A MacDonough-Pieres sword fight spiced things up for a while, and then

MacDonough ran off with the ball. It ended up ping-ponging between Pieres and Hall as they thundered down the field. Pieres swiped it and headed downfield, where he made one of his trademark neckshots, but it went wide of goal. Villa del Lago’s patron, Jim Zenni, scored from the field, tightening Engima’s lead to one point.
The third chukker began 5-4 for Enigma, which promptly reasserted itself, putting two more points on the scoreboard courtesy of MacDonough and Arellano. Enigma displayed some quick and crafty moves, almost toying with Villa del Lago – which remained scoreless in the chukker – like a cat with a mouse. Villa del Lago managed to rally in the fourth chukker, with Pieres and Agustin Obregon each scoring. But Enigma puts its foot down pronto with goals from the field by Hall, MacDonough and Arellano. Going into the fifth chukker, Enigma held a commanding four-point lead (10-6).

Just when it looked like the final scene had been written, the plot changed as fast as in a Fellini movie. Inexplicably (to anyone other than himself), Pieres suddenly sprang into life and stopped Enigma in its tracks. Before the end of the chukker, Pieres and company had scored five goals – five. Enigma, no doubt as stunned as the crowd of spectators, was scoreless.

The fifth chukker ended with Villa del Lago in the driver’s seat, 11-10. And that’s how the game ended, with neither team scoring in the last chukker.

Pieres conceded that Ville del Lago’s game was sub-par for the first half. “At the beginning we played really bad. The worst three chukkers we played,” he said.

How did they turn things around? “We kept on playing, and we said, ‘We’re going to win; we’re going to win.’  We trusted ourselves. I think we made a hell of a comeback in the fifth chukker. And we’re happy that we won playing bad.” 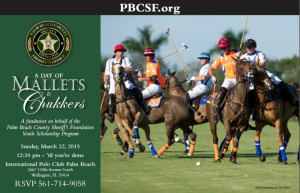