Skip to the content
LOUISVILLE, KY. (Saturday, Jan. 31, 2015) – Zayat Stables LLC’s American Pharoah, the Eclipse Award winner for champion 2-year-old colt of 2014, and Willis D. Horton’s Take Charge Brandi, who mounted a year-end charge to earn the honor of America’s 2014 juvenile filly champion, head an accomplished roster of 429 3-year-old Thoroughbreds made eligible to compete in the 2015 Triple Crown during the early nomination phase for the series of three classic races that includes the $2 million-guaranteed Kentucky Derby Presented by Yum! Brands (Grade I), the $1.5 million-guaranteed Preakness (GI) and the $1.5 million-guaranteed Belmont Stakes (GI). 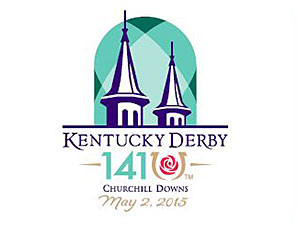 The early nomination total for the 2015 Triple Crown reflects an increase of 15 nominations – or 3.6 percent — from 2014 when 414 3-year-olds were made eligible during the Triple Crown’s early nomination phase. The 414 early nominations in 2014 was a 12.2 percent increase over the 369 horses made eligible during that phase in 2013.
Ten horses were nominated in last year’s late nomination period for a final total of 424. The total was the largest since a record 460 horses were nominated to the Triple Crown in 2008.
The 2015 Triple Crown series opens Saturday, May 2 with the 141st running of the 1 ¼-mile Kentucky Derby at Churchill Downs in Louisville, Ky. The 140thPreakness, the 1 3/16-mile second jewel, is set for Saturday, May 16 at Pimlico Race Course in Baltimore, Md. The 147th running of the Belmont Stakes, its 1 ½-mile final leg, is scheduled for Saturday, June 6 at Belmont Park in Elmont, N.Y.
The early nomination period for the 2015 Triple Crown opened Dec. 20, 2014 and closed at 11:59 p.m. (all times Eastern) on Saturday, Jan. 17. Nominations were required to be accompanied by payment of a $600 fee.
A late nomination period for the Triple Crown is underway and requires payment of a $6,000 for each nominated 3-year-old. The late nomination period runs through Monday, March 23 at 11:59 p.m.
This year’s 429 early Triple Crown nominees represent 1.8 percent of the 2012 North American foal crop, which was estimated at 23,500 Thoroughbreds.
Reigning champions American Pharoah and Take Charge Brandi hail from the stables of two of the most successful stables in Triple Crown history.
American Pharoah, whose two wins in three races include Grade I triumphs in the Del Mar Futurity and Santa Anita’s FrontRunner, is one of 15 nominees trained by Hall of Famer Bob Baffert, who has nine Triple Crown wins on his career résumé. The total includes three victories in the Kentucky Derby, five Preakness triumphs and one win in the Belmont Stakes. Also among Baffert’s nominees is Kaleem Shah’s unbeaten Dortmund, winner of the Grade I Los Alamitos Futurity. 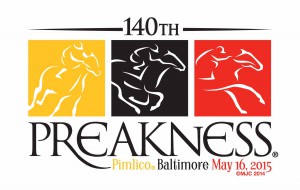 Racing legend D. Wayne Lukas trains Take Charge Brandi, one of 11 fillies nominated to the 2015 Triple Crown. Lukas trained Winning Colors, one of only three fillies to win the Kentucky Derby, and is the all-time leading trainer in Triple Crown victories with 14, with his most recent being a victory by Calumet Farm’sOxbow in the 2013 Preakness. The 79-year-old Hall of Fame conditioner has won the Kentucky Derby four times, collected six victories in the Preakness and won the Belmont Stakes four times. Also among Lukas’ 2015 Triple Crown nominees is Zayat Sables LLC’s Mr. Z, runner-up in Keeneland’s Grade I Claiborne Breeders’ Futurity and third in the Los Alamitos Futurity.
Other stars among the early nominees to this year’s Triple Crown include Erich Brehm, Wayne Detmar, Lee Michaels and Keith Desormeaux et al’sTexas Red, trained by Desormeaux and the winner of the $2 million Sentient Jet Breeders’ Cup Juvenile (GI); WinStar Farm and Stonestreet Stables, LLC’s Carpe Diem, winner of the Claiborne Breeders’ Futurity (GI) at Keeneland and runner-up in the Breeders’ Cup Juvenile; Ralph M. Evans’ Upstart, third in the Breeders’ Cup Juvenile and winner of Gulfstream Park’s Holy Bull (GII); Richard C. Pell’s Calculator, runner-up to American Pharoah in the Del Mar Futurity and FrontRunner and winner of the Sham (GIII) at Santa Anita; Let’s Go Stable and WinStar Farm’s Daredevil, winner of the Champagne (GI) at Belmont Park; Nancy Favreau, Kathy Psoinos and Michael B. Tabor’s Competitive Edge, the unbeaten winner of Saratoga’s Hopeful (GI), Zayat Stables LLC’s El Kabeir, winner of the Kentucky Jockey Club (GII) at Churchill Downs and Aqueduct’s Jerome (GIII); Godolphin Racing LLC’s Imperia, runner-up in the Kentucky Jockey Club and winner of the Pilgrim (GIII) on turf at Belmont Park; Ken and Sarah Ramsey’s International Star, winner of the Grey (GIII) at Woodbine and Lecomte (GIII) at Fair Grounds; and Robert V. La Penta and Harry Rosenblum’s Far Right, winner of the Smarty Jones at Oaklawn Park.
The leader among trainers in total Triple Crown nominees is seven-time Eclipse Award winner Todd Pletcher, who made 34 horses eligible for the series during the early nomination phase. His individual total is down from 2014 when Pletcher nominated 41 horses during the early period. The 47-year-old Pletcher has won three Triple Crown races, a total that includes one Kentucky Derby victory and a pair of triumphs in the Belmont Stakes. Pletcher’s 2015 army of Triple Crown hopes is headed by the Grade I-winning trio of Carpe Diem, Competitive Edge and Daredevil.
Chad Brown nominated 24 horses to rank second to Pletcher. Others with double-figure early nomination totals include Jerry Hollendorfer (16), Baffert (15), Lukas (14), Steve Asmussen (13) and Dale Romans (10).
Calumet Farm, a Thoroughbred racing icon which campaigned Triple Crown winners Citation (1948) and Whirlaway (1941) and is the all-time leader in victories in the elusive series with 18, is the nomination leader among owners after making 15 horses eligible for America’s spring classics. Calumet won the Kentucky Derby a record eight times, has won a record eight renewals of the Preakness and collected its pair of Belmont Stakes wins when Whirlaway and Citation completed their Triple Crown sweeps. The victory by Oxbow in the 2013 Preakness was the first Triple Crown victory for Calumet Farm under the leadership of new owner Brad Kelley, and first for the namesake since Forward Pass won the 1968 Preakness.
Ten Triple Crown early nominees are owned by Charles Fipke, the only other owner with a nomination total in double figures. Godolphin Racing LLC, Michael Tabor and Zayat Stables LLC are next with nine nominees, owned either individually or in partnership. 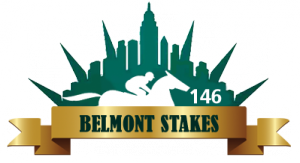 Leading breeders are Darley and WinStar Farm LLC, with each being the breeder of 11 nominees. Stonestreet Stables is next with 10 and Fipke bred nine early nominees.
The roster of 2015 Triple Crown-eligible horses includes 379 colts, 30 geldings, 11 fillies and nine ridglings. Of the 429 early nominees, 409 of those were bred in the United States and 323 of that number, or 75 percent, were foaled in Kentucky.
Twenty horses were bred outside of the United States. Thirteen of those were bred in Canada, with six foaled in Ireland and one in France.
The Kentucky Derby field has been limited to 20 starters since 1975 and the horses that enter the starting gate for this year’s running will again be determined by points earned in the 35-race “Road to the Kentucky Derby” eligibility system, which debuted in 2013. If Derby entries total more than the maximum field of 20, up to four “also eligible” entrants will be permitted. If one or more starters is scratched prior to 9 a.m. on Friday, May 1, the also-eligible horse or horses with the highest preference in the “Road to the Kentucky Derby” system will be allowed to replace the scratched horse or horses in the starting gate.
The field for the Preakness is limited to 14 starters, while the Belmont Stakes permits a maximum of 16 horses in its starting gate.
Three-year-olds that were not nominated for the Triple Crown series during either the early or late nomination phases have a final opportunity to become eligible for the races through the payment of a supplemental nomination fee. Due at the time of entry for either the Kentucky Derby, the Preakness or the Belmont Stakes, the supplemental fee process makes a horse eligible for the remainder of the Triple Crown series. A supplemental nomination at the time of entry to the Kentucky Derby requires payment of $200,000. The fee is $150,000 if paid prior to the Preakness or $75,000 at time of entry to the Belmont Stakes.
Churchill Downs adjusted its entry process in 2014 to permit horses who are made nominations prior to the Kentucky Derby to be treated the same as original nominees. If one or more supplemental nominees possess sufficient “Road to the Kentucky Derby” points to qualify for the Derby field, they will be allowed to start over original nominees with lesser qualifications. Under its previous policy, Churchill Downs gave preference to original nominees to the Kentucky Derby and Triple Crown over supplemental nominees.
A sweep of the three Triple Crown races – one of the most difficult feats in all of sports – has been accomplished on only 11 occasions. The roster of Triple Crown winners includes Sir Barton (1919), Gallant Fox (1930), Omaha (1935), War Admiral (1937), Whirlaway (1941), Count Fleet (1943), Assault (1946), Citation (1948), Secretariat (1973), Seattle Slew (1977) and Affirmed (1978).
The 36-year gap since the most recent Triple Crown sweep by Affirmed in 1978 is the longest in the history of the series. The previous record was the 25-year span between the 1948 Triple Crown earned by Citation and Secretariat’s record-shattering three-race sweep in 1973.
Steve Coburn and Perry Martin’s homebred fan favorite California Chrome scored impressive victories in the 2014 Kentucky Derby and Preakness, but could not end the Triple Crown drought and finished fourth to Robert S. Evans’ Tonalist in the Belmont Stakes. California Chrome was the 52nd 3-year-old to win two of the three Triple Crown races. Despite his setback in the Belmont, the California-bred son of Lucky Pulpit was honored as racing’s 2014 Horse of the Year and also earned the Eclipse Award for champion 3-year-old.
-END-