ENCINO, CA (February 27, 2013) – Today the Academy of Country Music is announcing the full list of radio award winners that will not be televised due to time constraints during the live telecast of the 48th ANNUAL ACADEMY OF COUNTRY MUSIC AWARDS.

This is the second ACM National On-Air Personality of the Year Award win for Cody Alan, for CMT Radio Live 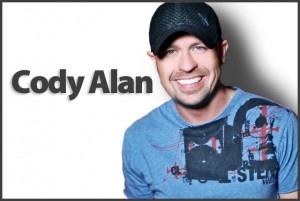 with Cody Alan. Alan, who also won this award in 2010, serves as both the host and executive producer for CMT Radio Live with Cody Alan and can also be seen weekly on CMT Hot 20 Countdown. Alan, a well-respected country music industry veteran, delivers fans access to the biggest stars in country and entertainment.  His consistent presence on CMT’s multiple platforms makes him a dynamic ambassador for country music.

Winners in radio categories will be invited to receive their awards at a private reception in Las Vegas on Saturday, April 6th, the day prior to the 48th Annual Academy of Country Music Awards.

ON-AIR PERSONALITY OF THE YEAR WINNERS:

RADIO STATION OF THE YEAR WINNERS:

About the Academy of Country Music Awards

The 48th Academy of Country Music Awards is dedicated to honoring and showcasing the biggest names and emerging talent in the country music industry.  The show is produced for television by dick clark productions and will be broadcast LIVE from the MGM Grand Garden Arena in Las Vegas Sunday, April 7, 2013 at 8:00 PM live ET/delayed PT on the CBS Television Network.  Allen Shapiro, Orly Adelson and R.A. Clark and are executive producers.  Barry Adelman is producer, and Bob Bardo is the executive in charge of production. Bob Romeo is executive producer for the Academy of Country Music.