Alongside interstate 40, formally Route 66, five miles west of Amarillo, ten Cadillac’s were half-buried in the ground, nose down, in 1974. They range from a 1948 fastback coupe with mere bumps for tailfins to a Coupe De Ville for 1959, the year fins reached their maximum height and pointiness. When a group of creative people known as Ant Farm first put them in the ground (in a neat row parallel to the road and at the precise angle of the sides of the Great Pyramids of Cheops), one of the artist called the arrangement “a white trash dream”; the rich man who commissioned then, Stanley Marsh 3, said they represented “the great escape… sexual freedom, the freedom to make choices, and the ability to just go.” Over the years, the cars’ rumps which were in good shape when their noses were interred, have been used by passersby as an opportunity to express themselves: in the first few years which simple hearts and maxims scratched by knife into the paint, then with big-bore bullets (looming up in the flat landscape, the fins make a great set of targets), and in the last several years with spray- paint graffiti. 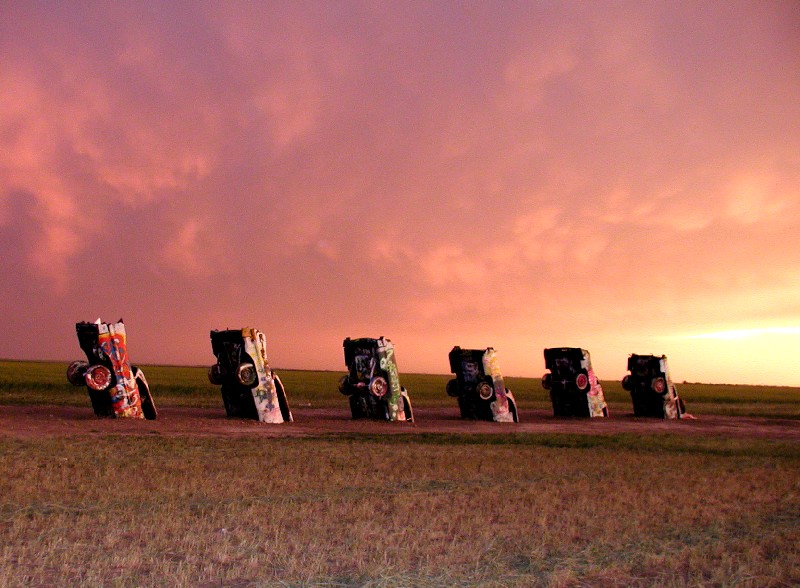