The five grade 1 prep races for the 138th Kentucky Derby were won by five different horses—Dullahan in the Toyota Bluegrass, Take Charge Indy in the Florida Derby, I’ll Have Another in the Santa Anita Derby, Gemologist in the Wood Memorial and Bodemeister in the Arkansas Derby. But there is one common thread for that group—all five were sold at Keeneland.

Dullahan, Bodemeister, Take Charge Indy and I’ll Have Another all were offered at the September sale while Gemologist was purchased at the 2009 November Breeding Stock Sale as a weanling.

Walt Robertson, Keeneland’s vice president of sales, proudly notes that 20 of the 28 graded stakes races on the Derby prep trail were won by graduates of the sales ring here.

END_OF_DOCUMENT_TOKEN_TO_BE_REPLACED

It began with a simple, “something just doesn’t feel right,” from active, healthy, 14-year-old Steven Henry over Christmas vacation. By New Year’s Day 2010, he was referred to a pediatric cardiologist and fitted with a heart monitor, followed by a shocking diagnosis on Valentine’s Day. By St. Patrick’s Day, he had undergone a five-hour cardiac procedure to save his life.

END_OF_DOCUMENT_TOKEN_TO_BE_REPLACED 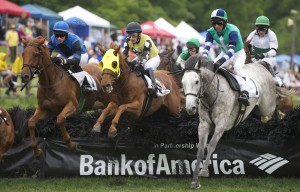 END_OF_DOCUMENT_TOKEN_TO_BE_REPLACED

It’s not just Gold Medal Reiners competing in the Alltech Arena this year – some of the world’s best Eventers are headed down the road to try their hand at Reining! Don’t miss our very own celebrity slide featuring Olympic Eventing riders David and Karen O’Connor, and Gina Miles alongside two-time Eclipse Award winning Jockey Chris McCarron on Saturday night at the World Freestyle Championship!

END_OF_DOCUMENT_TOKEN_TO_BE_REPLACED

Park Avenue Division
John Parisella, winning trainer of Sunny Desert (No. 5): “It was all [jockey Ramon] Dominguez. The ride was scary; he saw that hole, [Eddie] Castro [on Sweet Moon] was going in and out, but he went for it. He and I are magic together. It’s unbelievable. It’s all him. Everybody said, ‘You’re going to be on the lead.’ We went with the strategy of making one run, and we didn’t get caught up in [the speed duel]. Ramon was the right guy for it.”
On Sunny Desert ’s next starts: “She has the Stallion Series, and the next two races [Cupecoy’s Joy on June 3 and the Statue of Liberty on August 8] are on the grass.”
END_OF_DOCUMENT_TOKEN_TO_BE_REPLACED