Since 1981, the Iroquois Steeplechase has partnered with the Monroe Carell Jr. Children’s Hospital at Vanderbilt and raised more than $9 million for the hospital.

The Iroquois is proud to recognize its 2011 child ambassador for the hospital: Parker Logan. 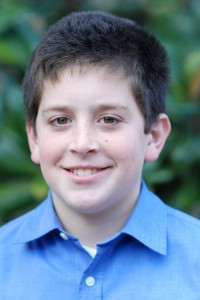 In December of 2007, Parker came home from a routine day at school and pointed out an unusually large lump on his neck to his mother. After several doctor’s visits, tests and biopsies, Parker’s family received a diagnosis less than a week before Christmas. The diagnosis: Stage II Burkitt’s Lymphoma.

At the time, Parker was 9 years old and in the 5th grade. Because Parker’s cancer was considered particularly aggressive, a team of doctors from the hematology and oncology departments at the Children’s Hospital immediately began treatment.

For the next four months, under the guidance of an expert team of oncologists, Parker endured countless CT and PET scans, echocardiograms, surgeries, lumbar punctures and chemotherapy.

Today, Parker’s lymphoma is considered to be in remission. He is a healthy and vibrant 14-year-old preparing to enter high school in the fall. His health is routinely monitored at Vanderbilt’s Cancer Survivorship Clinic. “With the help of Vanderbilt and the doctors, I was able to stay positive throughout my treatments,” Parker remarked. “Everyone there was nice to me and talked to me and treated me like a normal kid. I am glad to be helping Vanderbilt so they can help other kids who are going through what I went through.”

Parker’s mother, Shelley, had this to say: “We know how fortunate we are to be in a city with such a wonderful, world-renowned hospital for children. We have supported the hospital in various ways through the years—Parker even raised money for the Children’s Hospital at his 6th birthday party. We know how truly, truly blessed we are to have this hospital.”

Parker’s parents estimate that they have attended 22 runnings of The Iroquois Steeplechase and consider the event a family tradition.

For more information about the Iroquois Steeplechase, visit www.iroquoissteeplechase.org/ or call 1-800-619-4802