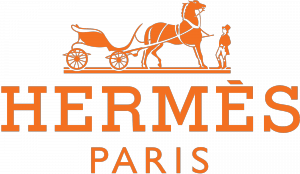 With the rise of the automobile, the train and modern vehicles in general, the horse has lost its place as the premier working animal in much of the Western World.

But while the horse lost to the automobile in transportation and the tractor in agriculture it has lost none of its appeal, even to a generation that never learned to ride or set foot in a barn.  Nostalgia is a powerful force in advertising and branding.  While the horse is often depicted in America as symbolic of simpler times, for many the horse has become the epitome of luxury and opulence.  The fashion industry has embraced the idea of the horse representing a way of life that most only dream about but a life that everyone wants to have some part of, if only by viewing glossy ads in a magazine.

Three of the world’s leading fashion houses: Hermes, Gucci and Ralph Lauren all produce luxury goods that are influenced by the “equestrian lifestyle”.  French high fashion house Hermes currently specializes in leather, ready-to-wear, lifestyle accessories, perfumery, and luxury goods.  However, in 1837 Thierry Hermès (1801–1878) was running a harness workshop in Paris which catered to European noblemen.   He created the finest wrought harnesses and bridles for the carriage trade.  The company earned acclaim in 1855, winning first prize in its class at the 1855 Exposition Universelle in Paris.  Thierry’s sons continued the business supplying the czar of Russia with saddles.  Hermes obtained the exclusive rights to use zippers on leather goods and clothing and were the first to introduce the device to France.  Handbags were introduced in 1922, women’s couture apparel was introduced in 1929.  In 1937 Hermes introduced scarves, their most identifiable modern product.  Fashion Model Directory dubbed the Hermès look as “the height of luxury with a nod to the house’s equestrian heritage.”