THE BAND PERRY TO PERFORM MILITARY TRIBUTE ON PREAKNESS DAY

BALTIMORE, 05-17-13—The Maryland Jockey Club announced today that Republic Nashville and Grammy-nominated recording artists, The Band Perry, will sing “The Battle Hymn of the Republic/America The Beautiful” when Pimlico Race Course honors the military at the 138th Preakness Stakes (G1), Saturday, May 18, also Armed Forces Day.

Since releasing their self-titled debut album in 2010, The Band Perry has ascended to dizzying heights. Fronted by Kimberly Perry and rounded out by her younger brothers Neil and Reid, the band has notched a string of hit singles, including the quadruple-platinum “If I Die Young” (which climbed to #1 on Billboard’s Country and AC charts), the platinum “You Lie,” and the gold certified Country #1 “All Your Life” as well as their two-week #1 single “Better Dig Two,” from their wildly successful sophomore release, PIONEER, which debuted at #1 on the Billboard Country Albums Chart. The Band Perry’s latest song, “DONE.,” penned by Neil and Reid Perry with John Davidson and Jacob Bryant, promises to be their next chart topper. They’ve also enjoyed sold-out tours and a showering of honors, including multiple ACM, CMA, and CMT Music awards, as well as Teen Choice, AMA, ACA, and Billboard Music award nominations — all of which has cemented the sibling trio as one of the hottest acts in recent history.  The Band Perry is currently nominated for a CMT Music Award for “Group Video of the Year” and fans can go tohttp://www.cmt.com/cmt-music-awards/nominees/group-video-of-the-year.jhtml to vote.

“We are thrilled to welcome The Band Perry to Pimlico as we proudly recognize Armed Forces Day, a cherished and respected tradition at Preakness”, said Tom Chuckas, President and COO of the Maryland Jockey Club. 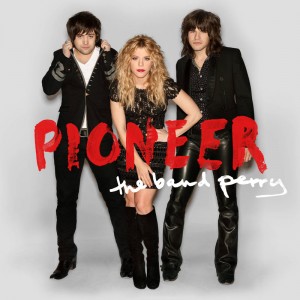 The Band Perry will sing “The Battle Hymn of the Republic/America The Beautiful”  directly before the fly-over by theB-25 J Mitchell Bomber, Panchito, owned and flown by Larry Kelley of Mardela Springs, Maryland. The flyover is sponsored by the DAV (Disabled American Veterans) and the Maryland Jockey Club. The B-25 Bombers achieved world-wide fame on April 18th, 1942 when 16 B-25s, under the command of Lt. Col James Doolittle, launched from the aircraft carrier USS Hornet and attacked Tokyo in a daring raid as retribution for the attacks on Pearl Harbor which occurred just 4 months prior. The B-25 today acts as a reminder of our history and works to help spread awareness of the DAV to Veterans.