The idea of a singing cowboy anywhere other than in Nashville or a Hollywood movie seems at least a little farfetched, but in fact real cowboys did sing-maybe to calm down skittish cattle, but more likely to alleviate their boredom in the saddle and to romanticize their lives.

Songs of the Cowboys, by Jack Thorp, a former New Yorkers who became a wrangler at the bar
W. Ranch in New Mexico, was published in 1908 after Thorp spent more than ten years gathering verses from cowboys he met along the trail.  Thorp later observed, “I never did hear a cowboy with a real good voice; if he had one to start with, he always lost it bawling at the cattle, or sleeping out in the open, or tellin’ the judge he didn’t steal that horse.”

Modern singing cowboys continue to honor and embellish the cowboy ideal.  Such prodigious talents as Ian Tyson, Red Steagall, Fletcher Jowers, Sons of the San Joaquin, and Michael Martin Murphey are known to their fans as cowboy-western singers, NOT country-western; their recording of classic range songs as well as original odes to frontier life are treasured by buckaroos from coast to coast, and their talents are lovingly documented three times a year in the vastly entertaining periodical Song of the West (see page 385).  In the last few years Michael Martin Murphey has gone beyond the microphone to produce “West Fests”- big festivals of cowboy-themed art, dance, fun, and continuous music.

Thorp said that he heard a wrangler named Spence sing this song at a round-up at Seven Lakes, New Mexico: 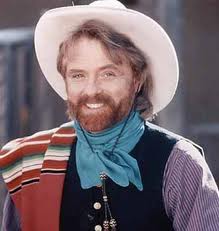 The bawl of a steer

To a cowboy’s ear

Is music of sweetest strain;

And the yelping notes

Of the gray coyotes

To him are a glad refrain.

And his jolly songs

As he thinks of the little gal

Who is waiting there

At the bars of the home corral.

For a kingly crown

In the noisy town

His saddle he wouldn’t change;

No life so free

As the life we see

‘Way out on the Yaso range.

His eyes are bright

And his heart as light

As the smoke of his cigarette;

For his soul to bear,

No trouble to make him fret.

Of his bronco’s feet,

On the sod as he speeds along

To the ringing rhyme

Of his rollicking cowboy’s song.

For the range away

On the back of a bronc of steel,

With a careless flirt

Of the raw-hide quirt

And the dig of a roweled heel.

The winds may blow

And the thunder growl

Or the breeze may safely moan;

Is a royal life,

His saddle his kingly throne.

For the work is play

When love’s in the cowboy’s eyes,

When his heart is light

As the clouds of white

That swim in the summer skies.

This classic cowboy ballad, about a trail dive up into the High Plains, was described by Arlene Hodapp, in an article about “Songs of the Cowboys” (Yippy Yi Yea magazine, Summer 1992) as having a rhythm like the gait of a loping horse.  Ms. Hodapp suggested that it was probably composed by someone sitting in the saddle.

As I was a-walking one morning for pleasure,

I spied a cowpuncher a-riding along,

His hat was throwed back and his spurs was a-jingling,

As he approach’d me was a-singing this song.

For you know Wyoming will be your new home.

“Early in the spring we round up the dogies,

Mark and brand them and bob off their tails;

Round up your horses, load up the chick-wagon,

Then throw the dogies upon the North trail.”