Hart earned the highest score of the day on Friday during the Team Test, riding to a score of 73.284 percent. She duplicated her efforts on Saturday for the Individual Test with a score of 72.857 percent, and returned Sunday to ride her Freestyle to her highest career score of 77.917 percent.

“I was really happy with how Romani went,” Hart said after the final day of competition. “She was very relaxed in her body and her back, which is what we have been working on from her comments yesterday. To have her rise to the occasion on the third day of competing when she is tired is really great.” 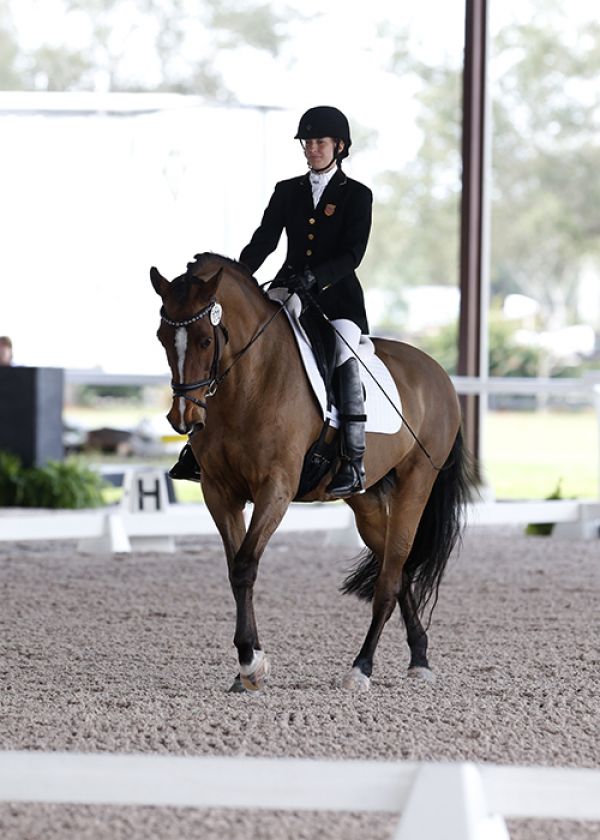 Schroeter’s Romani is owned by Rebecca Hart in conjunction with Margaret Duprey, Cherry Knoll Farm, Sycamore Station Equine Division, Barbara Summer, the Ruffolos, and Will and

Sandy Kimmel. They edged out Lauren Barwick of Canada to take the Grade II victory on both days of competition. If their consistent rides this weekend are any sign of the future for Hart and Schroeter’s Romani, the 2016 Paralympic Equestrian competition in Rio de Janeiro, Brazil, Sept. 7-18, is definitely in sight. The Adequan Global Dressage Festival CPEDI3* is one of the qualifiers for the 2016 USEF Paralympic Equestrian Selection Trials.

“I’ve been asking her to follow through and work with me on the days that my body is tired and she really needs to help me out,” Hart said. “She really did that today. A month ago, she really needed me to be there for her, but now she has my back. We both help each other out now, which has been great.”

Hart continued, “It was a great feeling. In the warm-up my body was tired since it was the third day. She really had to carry me. I asked her if she could do it for me, and she did it.” 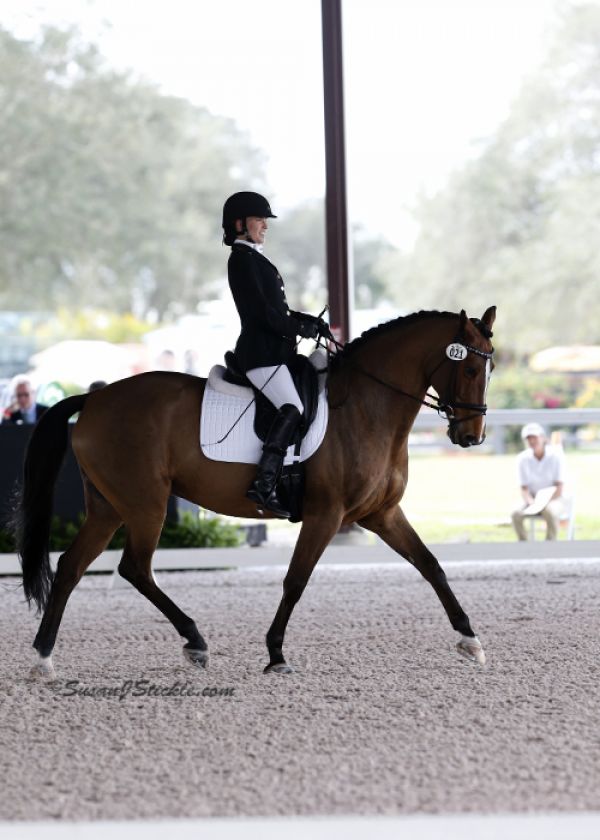 Hart is a two-time Paralympian (2008, 2012), two-time World Equestrian Games athlete (2010, 2014), and six-time USEF Para-Equestrian Dressage National Champion. The 2016 Paralympics are high on her list of goals. She began working with Schroeter’s Romani only a year ago after importing the bay mare from Europe. Just a few months later they qualified for the 2014 Alltech FEI World Equestrian Games Team, riding in their first international championship together and earning the highest scores for the United States.

Hart trains with Missy Ransehousen of Blue Hill Farm while home in Pennsylvania, and when she travels to Florida for the winter, she maximizes training by working alongside Todd Flettrich of Cherry Knoll Farm.

With their partnership stronger than ever, Hart knows that her success wouldn’t be possible without such a solid team behind her.

“I’m so happy with how things are going and none of it would be possible without my sponsors and my support team at Cherry Knoll Farm,” Hart said. “A big thanks to them and the Ransehousens.”